In anticipation of iQOO’s upcoming 7 Legend smartphone, the brand has confirmed that its top-performing device will feature BMW’s M Motorsport branding “that represents the true spirit of track racing. The iQOO 7 Legend will feature BMW’s tri-color racing stripes, engraved with the tagline: “Fascination Meets Innovation”.

The Chinese variant of the iQOO7 announced back in January features the same branding that we can expect from the upcoming 7 Legend heading to India next week. The following image has the same BMW M branding that was confirmed in today’s announcement from iQOO. 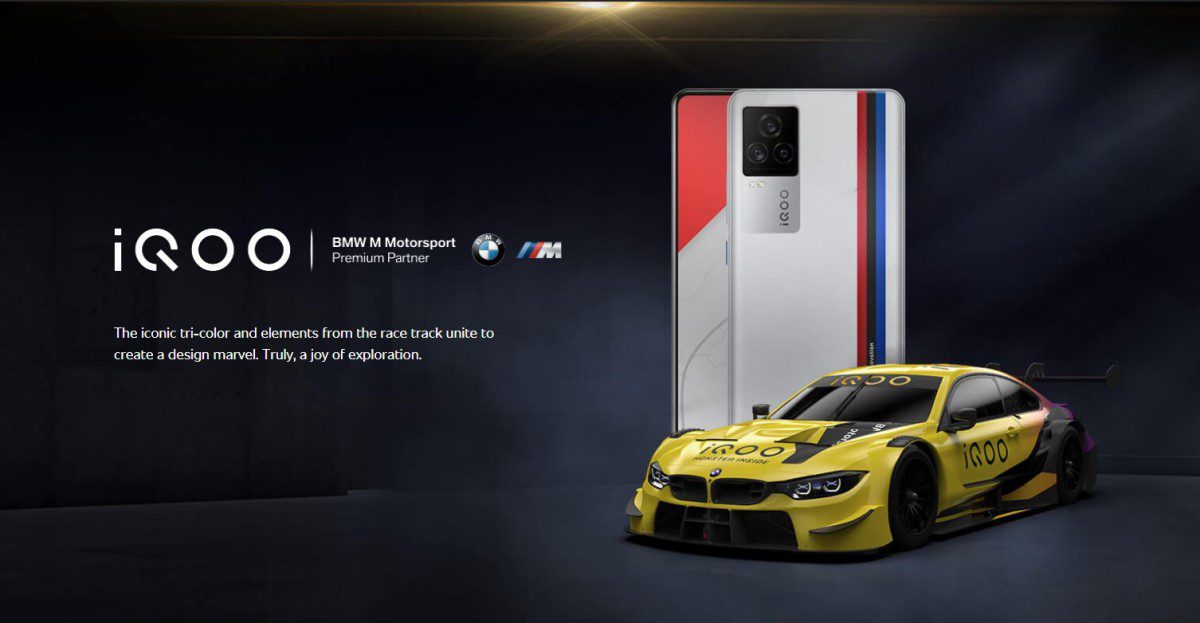 The partnership started in 2020 with a BMW M4 DTM (Deutsche Tourenwagen Masters) that was entered in the DTM race with IQOO as the sponsor. Another sponsored IQOO vehicle will be participating in the 2021 24H Nürburgring race in June.

The iQOO 7 has a 6.62-inch AMOLED screen with FHD+ screen resolution and variable 120Hz refresh rate. HDR10+ comes standard, as well as the centered punch hole selfie camera and in-display fingerprint scanner. The iQOO 7 will be powered by the Snapdraegon 870 while the 7 Legend will is expected to arrive with the Snapdragon 888.

Although the device is offered in China with 120W charging, the variant heading for India will be limited to 66W for (presumably) a 4,000 mAh battery. Meanwhile, the triple camera setup consists of a 48MP main camera joined by a 13MP ultrawide camera and a 13MP telephoto unit.

Pricing of the iQOO 7 and 7 Legend are not yet final, but the iQOO 7’s starting price will be below INR 40,000. iQOO will be announcing the Indian launch of the smartphone lineup on April 26.

KYC Full Form: All You Need to Know About KYC

How to Sched­ule Text Mes­sages on Android and iOS

How to Use Quick Start to transfer data to a new iPhone, iPad

How to Recover Lost or deleted files on Windows